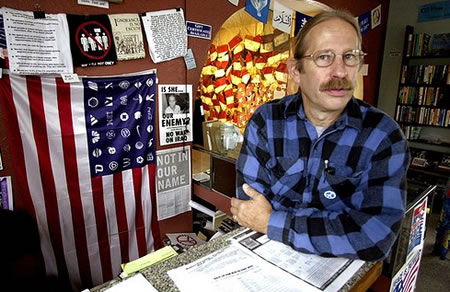 Activists in Humboldt County, California, in 2007, had experimented with a different approach to regulating military recruitment: a city ordinance introduced via citizen initiative.

The ordinance, which was adopted in the towns of Arcata and Eureka, California, prohibited the recruiting of youths under the age of 18. Following its adoption, the ordinance was immediately challenge by the U.S. government in federal court. U.S. District Judge Saundra Brown Armstrong ruled that laws passed in the Humboldt County cities of Arcata and Eureka in November of 2009 were unconstitutional and invalid.

The Arcata and Eureka laws join a long list of failed attempts to restrict military recruiting. Opponents of recruiting have tried to keep recruiters off college campuses nationwide. Berkeley issued and then rescinded a letter calling Marine recruiters "unwelcome intruders." And the San Francisco school board in 2006 killed the local Junior Reserve Officers' Training Corps, which some members saw as a recruiting tool, launching a three-year battle that ended last month with JROTC back in place.

The Arcata and Eureka laws represented a new tactic that experts said appeared to have been the first of its kind in America: a counter-recruitment law passed not by a handful of elected activists, but by a plurality of voters.

Many voters in Arcata and Eureka who supported the measures saw the laws not as anti-military, but as an expression of a community's right to set its own rules - particularly relating to children.

Opponents said the laws were unpatriotic, pointlessly quixotic, and imposed a government regulation on a domain that would be better handled by parents.

The laws made it illegal to contact anyone under the age of 18 to recruit that person into the military or promote future enlistment. Minors could still initiate contact with recruiters if they chose.

"The judge said that the question of military recruitment is a subject which must be regulated by the federal government and may not be regulated by states and localities," said Stanford Law School Senior Lecturer Allen Weiner, who read the opinion but did not take part in the case.

Under the supremacy clause of the U.S. Constitution, federal laws trump state laws on issues the federal government is responsible for, like foreign affairs and national defense.

The cities tried to head off that finding by arguing that the United States is party to international treaties prohibiting the recruiting of children under 17. The treaties, the cities argue, hold equal standing to the supremacy clause, so recruitment aimed at children under 17 - such as posters or recruiter calls - is unconstitutional. - source

For more information on this tactic see: Arcata AND "Youth Protection Act"

Articles on the web: