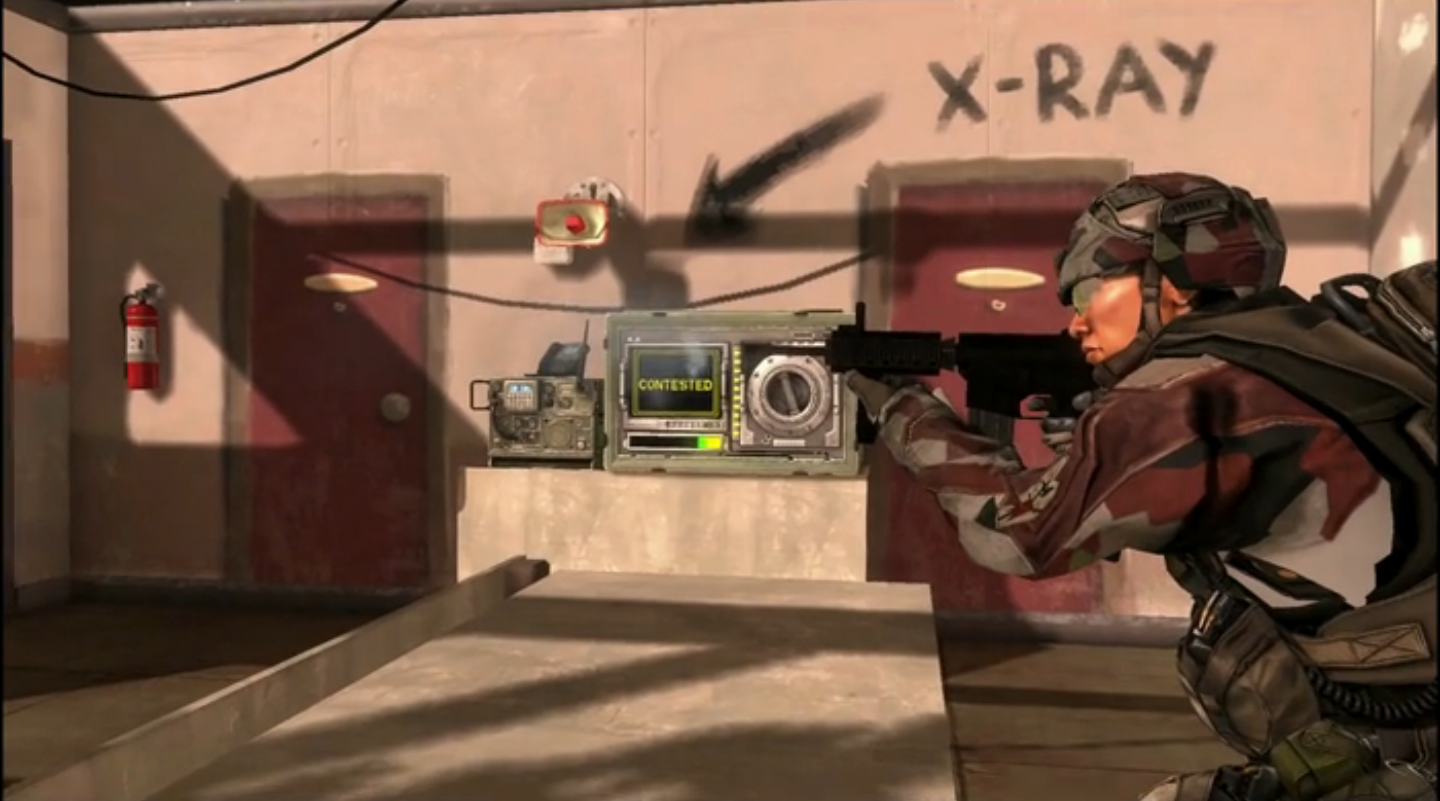 According to popular discourse, video games are either the divine instrument of education’s future or the software of Satan himself, provoking young men to carry out all-too-real rampages. Much like discussions surrounding the Internet, debates on video games carry the vague, scattershot chatter that says too much about the medium (e.g. do video games cause violence?) without saying much at all about the particulars of games or gaming conventions (e.g. how can death be given more weight in first person shooters?).

As Atlantic contributor Ian Bogost argues in his book, How to Do Things with Video Games, we’ve assigned value to games as if they all contain the same logic and agenda. We assume, unfairly, that the entire medium of video games shares inherent properties more important and defining than all the different ways games are applied and played. The way out of this constrained conversation is to bore down into specifics, to tease out various technologies, and to un-generalize the medium. We get such an examination in War Play, Corey Mead’s important new study on the U.S. military’s official deployment of video games.

A professor of English at Baruch College CUNY, Mead has written a history, a book most interested in the machinations of military game development. But War Play, too, lays a solid foundation from which to launch more critical investigations—into soldier’s lives, into computerized combat, and into the most dynamic medium of our time.

War Play moves forward along two intertwined themes. First, Mead says, throughout history, the intense needs of government-sanctioned combat have spurred technological innovation in society. Second, the military is a forerunner in original methods of education. We can see evidence of the former in microwave ovens and semiconductors, GPS and jet engines; there’s evidence of the latter in wide-scale standardized testing, distance education, and vocational learning. Within the two themes’ intersection is the book’s creative tension. How are video games, specifically designed for the armed forces, empowering soldiers? How do they influence civilian behavior?

But before Mead can conjure the ethical dilemmas of bloodless virtual realities, or plumb lionized state violence, he acts as a historian. The military has used video games “at every organizational level for a broad array of purposes,” he writes. It’s had three big aims in this: to recruit soldiers, to train them, and,  most recently, to treat their psychological disorders, such as PTSD.

That’s how it’s been since the years after World War II, when the army and commercialized gaming built a collaborative relationship, a kind of military-entertainment complex. It still lives: The military offers funding and technical expertise to game and computer developers, and, in exchange, they give it proprietary technology and technical consulting.

Beginning in 1960 and ending in the 1990s, “the armed forces took the lead in financing, sponsoring, and inventing the specific technology used in video games.” Spacewar!, the title historians consider the first video game, was developed by graduate students at MIT who were funded by the Pentagon. As Mead tells us, the 1962 side project was made on a Programmed Data Processor-1, an early microcomputer. The PDP-1’s manufacturer didn’t have a faux space-battle program in mind—one in which “two players used switches and knobs to maneuver spaceships through the gravity field of a star while firing missiles at each other”—when the hardware was designed, surely. But SpaceWar! gave birth to the navigational controls and monitor-as-sight set-up that would influence all subsequent games.

With the help of clinicians in controlled settings, soldiers are able to confront traumatic memories in a process called exposure therapy.

Later, the original first-person perspectives of 1980’s Battlezone and its successor, 1993’s Doom, showed the potential for 3-D piloting, multiplayer networking, and virtual reality-based training. Through commercial gaming technology, the armed forces could adapt soldiers to the tactics of team fighting and trigger-fast decision making, or conjure tailor-made battle environments for them. The arrangement has synergy: The Pentagon avoids pitiful, expensive efforts to create their own training simulators, and developers get fat government checks. The symbiosis flourished after the Cold War, as budgetary constraints—the lead unnamed character in this book—privileged tactical games over costly field exercises. But 21st-century warfare and the young people who volunteer for it were changing too.

Iraq and Afghanistan, Mead reminds us, don’t resemble Band of Brothers; today, wars look more like Generation Kill. Instead of clearly demarcated enemies, and push-the-front directives, servicemen and women are faced with “endlessly mutating insurgencies,” and surveillance information overload. The complexity of digital weapons systems has increased. So, too, have the gargantuan data processing requirements of the Defense Department and the military’s vast bureaucracy. After 9/11, the armed forces have put a premium on cognitive dexterity.

So, Mead writes, games have changed to fit the times. Programs like DARWARS emphasize “cross-cultural communication, convoy operations, infantry tactics, and rules of engagement.” Specific games like UrbanSim and Tactical Iraqi focus on counterinsurgency and language skills. New theater of war simulators like Virtual Battespace 2 enable commanders to construct specific frontline scenarios—IED explosions, ambushes, medical evacuations—to train entire companies of soldiers. Whole worlds can be customized through topography and enemy engagement. And it all begins to look like a primitive version of Star Trek’s Holodeck or the X-Men’s Danger Room. (There’s a rich but underdeveloped idea in this book, of sci-fi writers, time and time again

While thorough in his history of the military’s games development, Mead forgoes a robust account of games criticism. Take his discussion of America’s Army.

When war becomes even more unseen, when it slides ever-more toward computerized management and best-guess threat assessment, will we be more disposed to wage it?

America’s Army was built using commercial software: It was created on the engine of Epic Games’ Unreal. Modeled after culturally pervasive first-person shooters, its first iteration was released in 2002 and is available to the public for free. Mead tells us that, as America’s Army was used explicitly as a recruitment tool aimed at young teenagers, it could be viewed as propaganda or as an army intrusion into the home—but he never develops these thoughts. In one sentence, he might list two reactionary senators; in another, a lawyer and an author appear, railing like knee-jerk anti-game activists. So only in passing explanation do we learn that no player actually dies in America’s Army. Mead never expands on this hypocrisy, that a game meant to teach people about the service fails to convey a sense of loss or carnal gore. (Neither does it convey a sophisticated geopolitical understanding. Readers looking for a range of views on America’s Army might do better to seek out Marcus Schulzke’s scholarly survey of criticism about the game.)

Mead also relegates discussion of the army’s “utterly ineffective” “most controversial” game, Full Spectrum Warrior, to a footnote. I find this suspect. It’s only there, in a tiny font, that we learn that the project failed as a training tool and cost the government “millions of dollars to produce” while the video game company THQ made over $50 million from the project. Doesn’t that historical episode deserve more attention?

Elsewhere, Mead questions the military’s push into civilian classrooms. With its adherence to the technocratic management of standardized tests, and the insistence on qualitative mastery and virtual learning, the armed forces impart on public schools an ideology that education advocates don’t necessarily want.

To his credit, Mead also illuminates gaming’s inroads in treating psychological afflictions, like PTSD. Simulators such as Virtual Afghanistan use head-mounted displays to create “immersive, interactive environments.” With the help of clinicians in controlled settings, soldiers are able to confront traumatic memories in a process called exposure therapy. By recalling distressing episodes from their past, soldiers learn to habituate themselves to those fearful experiences. Games help them manage their negative emotions and troubled thoughts. In addition, role-playing allows veterans to direct the actions of different characters (a military spouse, a social worker, a soldier with PTSD) to gain perspective and self-reflection. These game-based therapies have shown promising results in alleviating mental illness, serving as a bridge to traditional therapies and dissolving the stigma that sees counseling as a sign of weakness.

As the civilian population has quarantined itself from its own wars, from its countrymen and women who fight them, War Play’s efforts to explore the healing potential of games is commendable. Also commendable is how, in the book’s concluding chapter, Mead allows his narrative to unhinge. He at last confronts lingering and provocative questions.

Riffing off the expression “all but war is simulation,” Mead considers weapons that are highly mediated, like Reaper and Predator drones piloted by soldiers using monitors and computer controls. As war itself turns to simulation, when buttons replace triggers and blades, and when killing is removed several orders from civilians and even from soldier-executioners, who is morally responsible for wrongful death or even “successful” “targeted strikes”? Who, in this surreal and oddly precise version of Ender’s Game, is ultimately culpable? When war becomes even more unseen, when it slides ever-more toward computerized management and best-guess threat assessment, will we be more disposed to wage it?