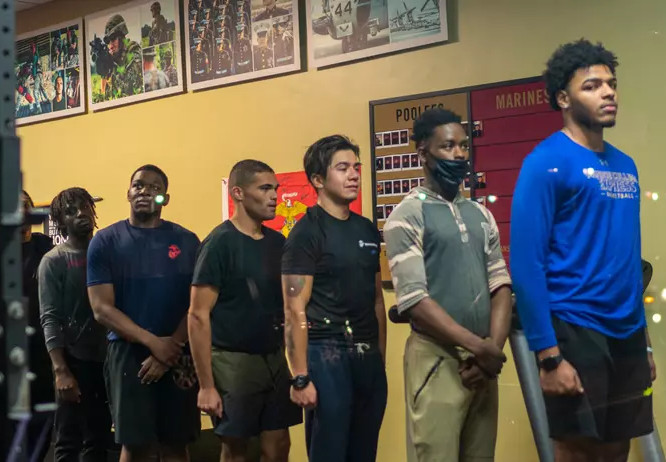 May 16, 2022 / Liz Walters / Common Dreams -This past January, student loan company Navient was made to cancel $1.7 billion in federal student debt in a federal settlement judged by Attorney General Maura Healey. The settlement, which also required Navient to distribute $95 million in restitution to approximately 350,000 federal loan borrowers, came after a long fight against the company's predatory lending practices, which promised to help students in need of tuition assistance, and instead steered them towards repayment plans that piled on unnecessary interest. Navient also participated in risky subprime lending without consideration for borrowers and their families, leaving hundreds of thousands of students in crippling debt that the company knew they would not be able to pay back. These shady practices have been going on for at least two decades with little government intervention. The settlement provided loan forgiveness for students who had borrowed between 2002 and 2010. During this time period, Navient, now privatized, was still known as Sallie Mae, an entity created by Congress to service federal loans. As Massachusetts Senator Elizabeth Warren put it: "Navient cheated students who borrowed money to pursue their dreams and allowed them to be crushed by avoidable debt, all while the U.S. Department of Education turned a blind eye."

Hopeful teenagers and grad students are told they must attend college to be successful, and then lied to by predatory lenders that promise to help them achieve their dreams only to leave them in insurmountable debt even decades after graduation.

The settlement, which will barely make a dent in this country's over $1.6 trillion federal student loan debt, brought to light a problem many struggling students and graduates have known for far too long. The choices after high school have become far more complicated over the past few decades. In the past 20 years alone, the average cost of going to a private university has risen 144%, while the costs of going to a public university in-state or out-of-state have risen 171% and 211%, respectively. Since 1980, pay for young workers has increased by just 19%, with two out of three jobs now requiring post- secondary education, versus three out of four jobs requiring a high school diploma or less in the 1970s. Even though there was a small drop the past two years due to COVID-19, the cost of tuition has increased at nearly 5x the rate of inflation over the past 50 years. Despite the rapidly rising cost of college attendance, federal scholarships have not kept pace. According to recent research conducted by the College Board, "total federal grant aid decreased by 32% in inflation-adjusted dollars between 2010-11 and 2020-21" and "Pell Grants declined by 39% ($16.4 billion) and veterans' benefits declined by 3% ($405 million)." The rising cost of tuition, increase in jobs requiring college degrees, lack of well-paying jobs for young workers, and decrease in scholarships awarded to students has become the perfect recipe for the ongoing student debt crisis in our country. Hopeful teenagers and grad students are told they must attend college to be successful, and then lied to by predatory lenders that promise to help them achieve their dreams only to leave them in insurmountable debt even decades after graduation.

It is easy to draw parallels between student loan companies and another institution that targets students, especially low income students, with promises of a fulfilling life: the US military. Countless students can share stories of military recruiters approaching them outside of high schools and middle schools; moreover, in the age of social media, it's not uncommon to see advertisements promising numerous benefits to those who enlist on platforms like TikTok, Instagram, and YouTube. The more egregious military enlistment attempts include targeting internet gamers as young as 13 on video game livestreams and even creating their own online game to entice Gen Z-ers with the notion that fighting for the US would be just as thrilling and exciting as a video game. In addition to public internet propaganda, the military has long been known for going to schools in an attempt to collect information on students and promote enlistment as a path to success, and, for low income students, a path out of poverty. As allowed by the No Child Left Behind Act signed by George W. Bush in 2002, military recruiters have the same access to high schools as college recruiters, and their recruitment tactics have been fine tuned to target students in need. A 2019 campaign saw recruiters visiting high schools with a military truck containing a virtual reality helicopter game, allowing students to play in exchange for "their citizenship status, their GPA, what grade, their email." This information would no doubt be used to try to attract students to the military with promises of a $6,000 signing bonus, an accelerated path to citizenship, and a paid-for college education. According to a 2017 poll conducted by the Department of Defense, 49% of army recruits enlisted in order to pay for their education.

The assurance of a free education in the time of rapidly rising tuition, as well as vows for citizenship and financial aid, have been used by the military to recruit young people while ignoring the reality of the risks that come with enlisting. As one pediatric researcher put it, "Joining the military service … entails absolute obedience, uniform appearance, disengagement from the family, and a potential threat for physical injury and mental stress, as well as requirement for responsibility beyond the personal needs of the individual." Soldiers who enlist before the age of 25 are 7 times more likely to develop PTSD from combat, according to a 2019 study. Another study on US military enlistees showed "the highest rates of all disorders, including alcohol abuse, anxiety syndromes, depression, and posttraumatic stress disorder, among the youngest cohort, those aged 17 through 24 years." Younger women in the military were also at the highest risk for self harm and attempted suicide.

The choice to enlist is further complicated when the intersection of student debt and military recruitment is taken into account. With the growing crisis faced by graduates who have taken on massive amounts of debt, the military began promoting the promise of partial loan forgiveness or interest rate reductions to those who enlist on top of paid-for education. This prospect has become so popular that a recent letter to the editor published by the Wall Street Journal questioned whether student loan forgiveness would lead to less youths joining the military, decrying: "If young Americans can access free college without having to earn the GI Bill or sign up for follow-on military service, will they volunteer for the armed forces in adequate numbers?"

Unfortunately for hopeful enlistees, promises of free schooling and loan forgiveness have often been found to be too good to be true, and 64% of veterans who graduated with a bachelor's in 2016 had taken out student loans at an average amount of $27,100. Additionally, compared to non-veterans, 10% more veterans reported difficulty in paying off student debt. The red tape many veterans have had to navigate to apply for the debt forgiveness promised to them through the Public Service Loan Forgiveness Program, only to be denied along with 92% of military borrowers before the pandemic, has left many veterans hopeless, even with the Biden administration's promise to fix the program. Lying to enlistees about the prospect of loan forgiveness has only furthered the overarching debt crisis currently plaguing our country.

The road to student debt forgiveness for all Americans has been long and paved with broken promises. Despite several declarations in support of at least partial debt cancellation from the President and Vice President during the 2020 campaign, the actual process of creating a plan for loan forgiveness has been slow and painful for students and graduates. It is easy to wonder if the politicians either completely opposed to loan forgiveness, or dragging their feet while vowing to help indebted students are worried that desperate young people will stop enlisting in the military to attempt to pay for their education.