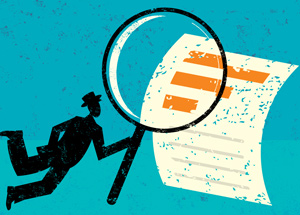 Sunday, 10 July 2022 / Edward Hasbrouck / Edward Hasbrouck's blog - Once again in 2022, sooner than we expected, Congress is considering proposals either to finally end the widely disregarded, unenforced, and unenforceable requirement for men ages 18-26 to register and report changes of address to the Selective Service System for use in a future military draft — or to try to expand draft registration to young women as well as young men.

It has become increasingly obvious over the decades since 1980 that requiring men but not women to register for the draft is so patently sexist as to be of dubious Constitutionality. This has created pressure on Congress to resolve a longstanding stalemate: The attempt to get young men to register and report address changes has been a failure since its resumption, after a five-year hiatus, in 1980. But there has been no face-saving way for Congress to repeal the registration requirement without admitting to an embarrassing failure in the face of popular direct action, which would empower and encourage young people to further defiance of government orders.

For the last five years, Congress (and, for part of that time, a national commission appointed by Congress and President Obama) have been considering what to do about the Selective Service System, in light of this situation. If the sexist status quo is no longer tenable, the options are either to end draft registration entirely (the only realistic choice) or to double down on its failure (and its sexism) by trying to expand it to women.

In 2016 and again in 2021, as part of debate on the annual National Defense [sic] Authorization Act (NDAA), the U.S. Senate and/or the House of Representatives voted to expand Selective Service to women. In each of those years, however, these provisions were removed from the NDAA during the final stages of closed-door House-Senate leadership negotiations. Meanwhile, House and Senate leaders — especially the House Democratic Party leadership — have opposed any hearings, debate, or vote on the bipartisan Selective Service Repeal Act pending but languishing in both the House and Senate.

As of the end of 2021, it seemed possible that for a variety of reasons members of Congress might chose to defer renewed debate on this controversial and seemingly unresolvable issue until 2023, after the mid-term elections. But that hasn’t happened.

On 16 June 2022, during a closed-door session of the Senate Armed Service Committee, a provision to expand Selective Service to women was added to the Senate version of the NDAA for Fiscal Year 2023, which will be enacted in late 2022. That version will be considered by the full Senate sometime after the Senate returns from recess this week.

The version of the FY 2023 NDAA reported by the House Armed Services Committee on 22 June 2022 and to be considered by the full House of Representatives would make no changes to the current law requiring men but not women to register for the draft.

Two amendments to the House version of the FY 2023 NDAA have been proposed, either of which would repeal the Military Selective Service Act (MSSA) and end draft registration entirely. Amendment 479 would repeal the MSSA, while Amendment 555 would repeal the MSSA and also end all Federal sanctions against those who previously failed or refused to register for the draft. But these are only two of more than a thousand proposed floor amendments to the FY 2023 NDAA, only a fraction of which will be “made in order” by the House Rules Committee for floor debate and voting by the full House. The House Rules Committee will meet this Tuesday, 12 July 2022, to decide which proposed amendments to the NDAA will be considered by the full House.

In 1980, the initiative to resume draft registration, bring the Selective Service System out of deep standby, and reconstitute local draft boards for every county in the USA came from advisors to President Jimmy Carter who thought (mistakenly, it turned out) that this would help Carter counter accusations by Republican Presidential candidate Ronald Reagan that Carter wasn’t responding to the Soviet invasion of Afghanistan with sufficient bellicosity. Carter said that reinstating draft registration would “send a message to the Soviet Union”. Carter lost the election to Reagan anyway, and there’s no evidence that reinstating draft registration won Carter any votes or intimidated any Soviet leaders. More significantly, in addition to creating a climate of bipartisan support for what became 40 years of disastrous U.S. intervention in Afghanistan (the first 20 years by proxy, and the next 20 years by U.S. troops), draft registration emboldened Reagan’s military adventurism abroad (especially in Central America) and the terrifying nuclear brinksmanship with the USSR that prompted what was, at the time, the largest peace movement in U.S. history.

Is it ironic, or is it typical of misguided political and military thinking by Democratic Party leaders, that the current initiative to expand Selective Service to women is once again coming first and foremost from the Democratic Party leadership? Are they so self-deluded as to think that threatening to conscript young women will win them votes by showing that they are willing to “stand up to Russia” by sending draftees to fight what could quickly become a nuclear war with Russia in Ukraine? Do they remember nothing — if they ever learned anything — from the political (and practical and military) failure of Carter’s 1980 campaign gambit with draft registration?

Opponents of the draft and draft registration can and should urge members of the U.S. House and Senate to:

Here are some resources for Congressional lobbying against the draft:

Don’t get fixated on appeals to Congress, though. Lobbying is only one of the ways to educate, agitate, and organize against the draft. Congress is less likely to be moved by arguments about why the draft is wrong, and more likely to be moved by visible indications that continuing or trying to expand draft registration or activate a draft will provoke resistance that will be politically costly and difficult to suppress.

Resistance, not lobbying or protest, has made the government abandon enforcement of the criminal penalties for nonregistration, and has prevented any attempt to activate a draft. Visible manifestations of your commitment to resist any draft, and to support others who resist, may be the most effective way to influence Congress to end draft registration — and, by doing so, to reign in military adverturism.