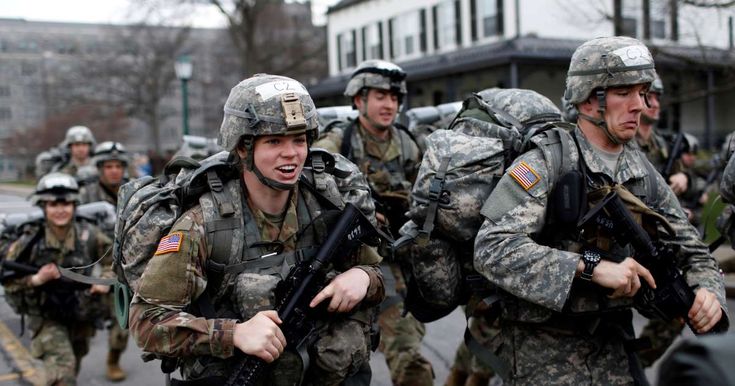 May 19, 2021 / Edward Hasbrouck / Antiwar.com - A House Armed Service Committee (HASC) hearing on May 19th heard from witnesses on only one side of the debate over whether to end draft registration or extend it to young women as well as young men. But despite the one-sided panel of witnesses, questions and comments from members of Congress highlighted the failure of the ongoing attempt to get men to register for a future military draft, and the lack of any feasible way to enforce a future military draft of men or women.

The Chair of the Armed Service Committee, Rep. Adam Smith (D-WA), opened the hearing by noting a written statement submitted by Rep. Peter DeFazio (D-OR). Rep. DeFazio is one of the initial co-sponsors of the bipartisan Selective Service Repeal Act of 2021 (H.R. 2509 and S. 1139), which is pending in the Armed Services Committees in both the House and the Senate.

According to Rep. DeFazio, "President Carter reinstated draft registration in 1980 largely for political reasons. Military draft registration has existed ever since, requiring all men aged 18-26 to register with the Selective Service System (SSS). It should be repealed altogether…. The SSS is an unnecessary, unwanted, archaic, wasteful, and punitive bureaucracy that violates Americans’ civil liberties… It’s beyond time for Congress to repeal the SSS once and for all."

Rep. DeFazio’s statement for the record included a copy of a report on draft registration prepared in early 1980 by Dr. Bernard Rostker, then the Director of the SSS. The report concluded that draft registration, which has been suspended in 1975, would be "redundant and unnecessary." But as Dr. Rostker has recounted in his memoir, President Carter decided – for purely political rather than military reasons – to ignore (and try to suppress) the report, and instead to propose reviving draft registration. Dr. Rostker was told of that decision only hours before it was announced in Pres. Carter’s 1980 State of the Union Address.

As Director of the SSS, Dr. Rostker dutifully and diligently tried to implement the registration program Pres. Carter proposed and Congress approved (and which continues today). But it proved just as ineffective as he had predicted. In 2019, Dr. Rostker came out of retirement to testify before the National Commission on Military, National, and Public Service (NCMNPS) that noncompliance has made the current database so incomplete and inaccurate that it would be "less than useless" for an actual draft, and that Congress should repeal the Military Selective Service Act. How often does the former director of a Federal agency testify publicly that the entire agency they headed should be abolished? When they do, as Dr. Rostker courageously has done, perhaps Congress should listen.

Dr. Rostker’s testimony was foreshadowed by that of one of his predecessors. During a hearing in 1980 on the proposal to resume draft registration, Dr. Curtis Tarr, who had been Director of the SSS in 1970-1972, testified that "Enforcing a requirement to notify Selective Service of a changed address would be even more difficult than enforcing the duty to register…. I foresee the possibility of evasion by large numbers that that would overwhelm the agencies responsible for law enforcement and the judiciary."

Unfortunately, neither Dr. Rostker nor anyone else whose opinions differ from those of the NCMNPS was invited or allowed to testify at the House hearing on May 19th. The only witnesses were former members of the NCMNPS, which recommended expanding draft registration to women but included neither an enforcement plan nor an enforcement budget in its report and proposal to Congress.

As Chair of the HASC, Rep. Smith went straight to the point in his first question to the witnesses: "Under the law, you are required to let the government know where you are between the ages of 18 and 26 – which I can assure you absolutely nobody does…. I moved quite a bit between the ages of 18 and 26, and… I’m absolutely certain that nobody told the government where I was living. So let’s say that this system had to be implemented. How’re we going to find people?…. Selective Service itself, regardless of whether it applies to men or women, is extraordinarily problematic if you peel back the layers at all and take a look at it. So I’m very curious to hear your judgment about how we implement this system…. Does the system itself even work for anybody, regardless of gender?"

Maj. Genl. Joe Heck, who was Chair of the NCMNPS, evaded the question by talking about how, even if it isn’t useful for a draft, Selective Service registration "provides recruiting leads to the military" – as though we should threaten people with prison just to generate a list of targets for military recruiters, or as though such a threat would be effective in persuading people voluntarily to enlist.

Rep. Smith went back to the issue of (non)compliance and enforcement: "Do you know how it’s enforced, if people don’t comply, either with the initial registration or with the follow-up requirements [to notify the Selective Service System of address changes]?"

Maj. Genl. Heck responded disingenuously by describing how Federal law used to require that men register for the draft in order to be eligible for Federal aid for higher education. But Heck avoided mentioning that this requirement was removed by Congress as part of an omnibus bill enacted late last year and scheduled to take effect not later than 2023.

What about those who register at some point, but move without notifying the Selective Service System? Could they be drafted? This is the Achilles heel of the current registration system.

"On the issue of people moving, and not being able to be found, I think that the whole point is to know where people are and not just that they registered," Rep. Smith noted. "How does that work in practice?"

Maj. Genl. Heck admitted that, "That is a great question, Congressman Smith. And in fact, you are correct. While there is a requirement to notify the [Selective Service] System of changes of address, there really is at this time no enforcement mechanism."

Even Rep. Jackie Speier (D-CA), Chair of the Military Personnel Subcommittee and a cheerleader for expanding draft registration to women, asked the witnesses to confirm – as they did – that the Military Selective Service Act isn’t currently being enforced. That might lead one to conclude that, having proven unenforceable, this law should be repealed. But Rep. Speier seemed to suggest that as long as nobody is actually being locked up, there’s no harm in criminalizing millions of people.

But Rep. Veronica Escobar (D-TX), Vice-Chair of the Military Personnel Subcommittee, noted that many women who have volunteered for military service feel that the government has failed them. "Shouldn’t there be equity for women in the military before we require women to register?" for possible compulsory military service, she wondered aloud.

In addition to talking about compulsory military service, today’s hearing covered a range of other issues related to voluntary service that were addressed by the NCMNPS. There’s still a possibility that Rep. Speier will convene a follow-up hearing in the Military Personnel Subcommittee specifically about Selective Service, as she promised last year that she would do.

However, comments from several members of the Armed Services Committee during today’s hearing suggested that a proposal to expand Selective Service registration could be included in this year’s annual National Defense Authorization Act (NDAA). That could happen with with little further debate and without the full and fair hearings, with witnesses in support of both options (ending or expanding Selective Service registration), that anti-draft activists have called for.

If you oppose military conscription, now is the time to speak up!