The Militarization of U.S. Culture 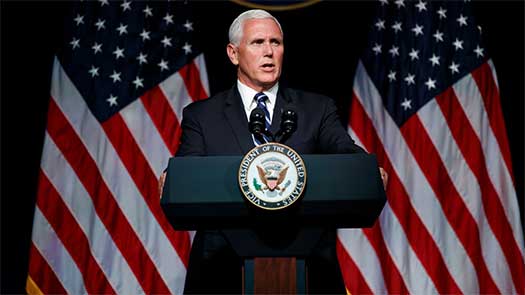 Though the United States of America shares with other nations in a history of modern state militarism, the past 75 years following its consolidation as a world military power after World War II, has seen a shift away from previous democratic characterizations of the state.  The last forty years, with the rise of the neo-conservative Reagan and  Bush (2) administrations, began the abandonment of moral justifications for democracy building replaced by  bellicose proclamations of the need and right to move towards a national project of global security by preemptive military force. Even with the return of eight years of the, so called, Liberal Obama administrations we saw the further erosion of long held human right protections with the suspension of habeas corpus and the increased usage of extra-judicial drone bombing killings of claimed combatants in multiple conflicts worldwide. Now with the Trump administration, these programs have increased unbeknownst to the general public as the mainstream media silenced and normalized perpetual wars.

In the process of global military expansion, the US population has been subjected to an internal re-education to accept the role of the U.S. as consolidating its hegemonic rule internationally in the interest of liberal ideals of wealth creation and protectionism.

The average citizen has slowly come to terms with stealthily increasing campaigns of militarization domestically in media offerings; from television, movies, militarized video games,  and scripted news networks to reinforce the inevitability of a re-configured society as security state. The effect has begun a transformation of how, as citizens, we understand our roles and viability as workers and families in relation to this security state. This new order has brought with it a shrinking public common and an increasing privatization of publicly held infrustructure; libraries, health clinics, schools and the expectation of diminished social benefits for the poor and middle-class. The national borders are being militarized as are our domestic police forces in the name of Homeland Security but largely in the interest of business. The rate and expansion of research and development for security industries and the government agencies that fund them, now represent the major growth sector of the U.S.economy. Additionally, as the U.S. economy continually shifts from productive capital to financial capital as the engine of growth for wealth creation and development, the corporate culture has seen its fortunes rise politically and its power over the public sector grow relatively unchallenged by a confused citizenry who are watching their social security and jobs diminishing.

How increasing cultural militarization effects our common future will likely manifest in increased public dissatisfaction with political leadership and economic strictures. Social movements within the peace community, like NNOMY, will need to expand their role of addressing the dangers of  militarists predating youth for military recruitment in school to giving more visibility to the additional dangers of the role of an influential militarized media, violent entertainment and play offerings effecting our youth in formation and a general increase and influence of the military complex in all aspects of our lives. We are confronted with a demand for a greater awareness of the inter-relationships of militarism in the entire landscape of domestic U.S. society.  Where once we could ignore the impacts of U.S. military adventurisms abroad, we are now faced with the transformation of our domestic comfort zone with the impacts of militarism in our day to day lives.

How this warning can be imparted in a meaningful way by a movement seeking to continue with the stated goals of counter-recruitment and public policy activism, and not loose itself in the process, will be the test for those activists, past and future, who take up the call to protect our youth from the cultural violence of militarism.

The "militarization of US culture" category will be an archive of editorials and articles about the increasing dangers we face as a people from those who are invested in the business of war. This page will serve as a resource for the NNOMY community of activists and the movement they represent moving into the future. The arguments presented in this archive will offer important realizations for those who are receptive to NNOMY's message of protecting our youth, and thus our entire society, of the abuses militarism plays upon our hopes for a sustainable and truly democratic society.