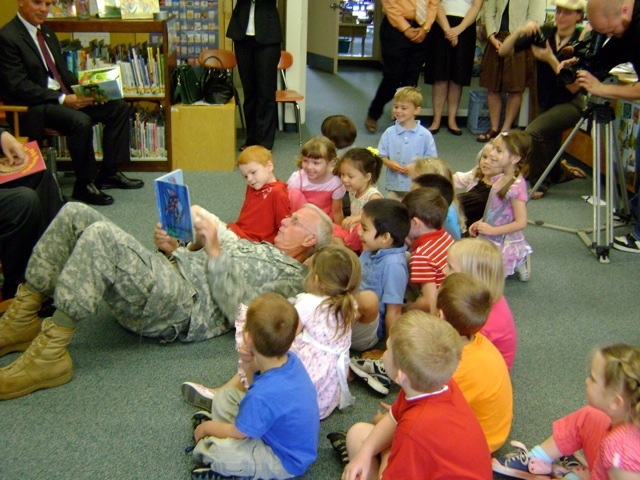 Prior to the outbreak of World War I, military recruitment in the US was conducted primarily by individual states.[2] Upon entering the war, however, the federal government took on an increased role.

The increased emphasis on a national effort was reflected in World War I recruitment methods. Peter A. Padilla and Mary Riege Laner define six basic appeals to these recruitment campaigns: patriotism, job/career/education, adventure/challenge, social status, travel, and miscellaneous. Between 1915 and 1918, 42% of all army recruitment posters were themed primarily by patriotism.[2] And though other themes - such as adventure and greater social status - would play an increased role during World War II recruitment, appeals to serve one’s country remained the dominant selling point.

After World War II, military recruitment shifted significantly. With no war calling men and women to duty, the United States refocused its recruitment efforts to present the military as a career option, and as a means of achieving a higher education. A majority - 55% - of all recruitment posters would serve this end. And though peacetime would not last, factors such as the move to an all-volunteer military would ultimately keep career-oriented recruitment efforts in place.[3] The Defense Department turned to television syndication as a recruiting aid from 1957-1960 with a filmed show, Country Style, USA.

On February 20, 1970, the President’s Commission on an All-Volunteer Armed Force unanimously agreed that the United States would be best served by an all-volunteer military. In supporting this recommendation, the committee noted that recruitment efforts would have to be intensified, as new enlistees would need to be convinced rather than conscripted. Much like the post-World War II era, these new campaigns put a stronger emphasis on job opportunity. As such, the committee recommended “improved basic compensation and conditions of service, proficiency pay, and accelerated promotions for the highly skilled to make military career opportunities more attractive.” These new directives were to be combined with “an intensive recruiting effort.” [4] Finalized in mid-1973, the recruitment of a “professional” military was met with success. In 1975 and 1976, military enlistments exceeded expectations, with over 365,000 men and women entering the military. Though this may, in part, have been the result of a lack of civilian jobs during the recession, it nevertheless stands to underline the ways in which recruiting efforts responded to the circumstances of the time.[5]

Indeed, recommendations made by the President's Commission continue to work in present-day recruitment efforts. Understanding the need for greater individual incentive, the US military has re-packaged the benefits of the GI Bill. Though originally intended as compensation for service, the bill is now seen as a recruiting tool. Today, the GI Bill is "no longer a reward for service rendered, but an inducement to serve and has become a significant part of recruiter's pitches.” [6]

Militarization and Corporatization of Schools

Public schools in the United States have increasingly come to resemble the military and prison systems with their hiring of military generals as school administrators and heavy investment in security apparatus—metal detectors, high-tech dog tag IDs, chainlink fences, and real-time Internet-based or hidden mobile surveillance cameras—plus, their school uniforms, security consultants, surprise searches, and the presence of police on campuses.1 But it would be a mistake to understand the preoccupation with security as merely a mass media-driven hysteria in the wake of Virginia Tech and other high-profile shootings, and myopic to ignore the history of public school militarization prior to September 11.

Militarized education in the United States needs to be understood in relation to the enforcement of global corporate imperatives as they expand markets through the real and symbolic violence of war. Militarism and the promotion of violence as virtue pervade foreign and domestic policy, popular culture, educational discourse, and language. A high level of comfort with rising militarism in all areas of life, particularly schooling, set the stage for the radically militarized reactions to September 11—including the institutionalization of permanent war, the suspension of civil liberties, and an active hostility from the state and mass media towards any attempt to address the underlying causes for the unprecedented attack on the United States.

I believe that militarized schooling in America encompasses two broad trends—“military education” and what may be called “education as enforcement.” - Kenneth J. Saltman

Military Programs and recruitment methods in the Schools

Below are a set of links that will take you to pages on the NNOMY website that describe the various programs and recruiting methods of the Department of Defense, some that have been in existence for some time and others recently  formed. Many of these strategies for military recruitment, old and new, have been expanded in recent years and now a new trend of public military academies has emerged to target poorer youth in communities classified as "at risk" for crime and imprisonment. All the following programs and methods are generally funded under the Department of Defense's recruitment budget even though the DoD claims that these programs, like ASVAB testing and JROTC, are not for recruitment purposes.

These programs and methods are as follows:

Additional resources related to the militarization of schools and youth:

Teaching About the Wars

Teaching About the Wars breaks the curricular silence on the U.S. military engagement in Afghanistan and the Middle East. Even though the United States has been at war continuously since just after 9/11, sometimes it seems that our schools have forgotten. This collection of insightful articles and hands-on lessons shows that teachers have found ways to prompt their students to think critically about big issues. Here is the best writing fromRethinking Schools magazine on war and peace in the 21st century.

Teaching About the Wars is divided into five chapters:

Introduction: Breaking the Silence on War
The Road to War
The Human Face of War
Military Recruitment
Anti-War Resistance